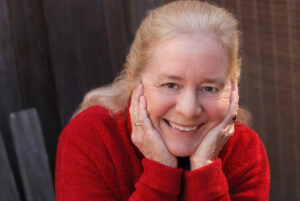 Up to 4,000 words. One story per entry. I am looking for well-crafted stories that are original and compelling. The story must demonstrate a mastery of and love for the English language. It must move, not wallow. The characters need to be vivid, the dialogue convincing. Above all, something must happen. This need not be a grand event, but some change must take place: an event, a revelation, or perhaps an insight. Please do not submit your story until you have polished and revised it multiple times. A great short story changes the reader. I look forward to being changed.

MARY MACKEY’S (Berkeley/Sacramento, CA) published works consist of fourteen novels, including The Village of Bones: Sabalah’s Tale, The Year the Horses Came, and the New York Times bestseller A Grand Passion. She has also published eight collections of poetry including Sugar Zone, winner of the 2012 PEN Oakland Josephine Miles Award for Literary Excellence, and The Jaguars That Prowl Our Dream, winner of the 2019 Eric Hoffer Award for the Best Book Published by a Small Press, and a 2018 Women’s Spirituality Book Award from the California Institute of Integral Studies. Mackey’s books have sold over a million and a half copies and been translated into twelve foreign languages including Japanese, Hebrew, Russian, and Finnish. A screenwriter as well as a novelist, she has sold feature scripts to Warner Brothers and to various independent film companies. Mackey was one of the founders of the Graduate and Undergraduate Creative Writing Programs at California State University, Sacramento, where she taught Creative Writing and Film. She occasionally writes fiction comedy under the pen name Kate Clemens. Her most recent book Creativity: Where Poems Begin (Marsh Hawk Press, 2022) examines sources of inspiration in an attempt to answer the question: Where do writers get their ideas?

Kim A. Bigelow of Edmond, OK for “En Passant”

Francis Flavin of Sparks, NV for “The Talisman”