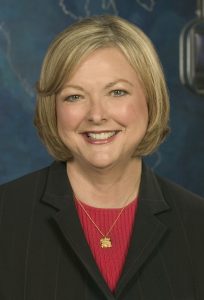 Grades 9-12 or equivalent age (which must be indicated on 3×5 card and on manuscript). Up to 3,000 words. Can be a story of fiction or creative nonfiction, an essay, journal entry, or memoir. Judged on creativity.

RITA WILLIAMS (San Francisco Bay Area, CA) is a Peabody Award and multiple Emmy award winning investigative reporter, now retired. Most of her 40+ year career was with KTVU-TV. Rita is a graduate of Texas Tech University (B.A. in journalism and political science), The George Washington University (M.A. in political science), and one of 12 mid-career journalists selected as a Knight Journalism Fellow at Stanford University. She also taught broadcast news writing at Stanford and lectured at other universities. Rita was honored as an outstanding journalism alum at Texas Tech and received the coveted Governor’s Award from the National Association of Television Arts and Sciences. She’s now very active on several non-profit boards, just started a book club, and is painting watercolors. She’s married, a proud mother, and now an even prouder grandmother.

Athena Mahajani of Saratoga, CA for “Golden Pathway” and “Write Away”