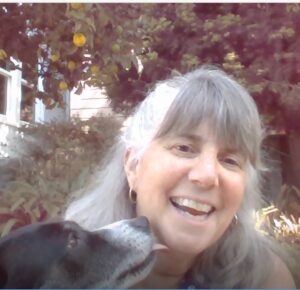 One piece per entry, up to 3,000 words. Make me laugh out loud! Any form is fine—prose, poetry, a scene from a play, a list—as long as what you send feels complete in itself. For example, choose that funny short story with a satisfying arc over the excerpt that would leave me hanging.

Notes on my thinking about humor:

Choose the well-written piece that will make me surrender to glorious laughter, and your work will be done!

Sue Granzella (San Leandro, CA) taught elementary school in Bay Area public schools for thirty-two years. A classic example of “It’s never too late,” Sue started writing in 2010 after a chance conversation with a New England artist. Since then, her creative nonfiction has been recognized as Notable in Best American Essays. She has won a Memoirs Ink contest, the Naomi Rodden Essay Award, was runner-up in the Teachers and Writers Magazine competition, and won numerous awards in the Soul-Making Keats Literary Competition before she began judging the contest. Sue’s work has been extensively published, including in McSweeney’s, the San Francisco Chronicle, The Masters Review, Full Grown People, Gravel, Ascent, Citron Review, Hippocampus, Night Shift Radio, and many others.

Most of Sue’s writing has centered on teaching young students in low-income-area public schools. These days, she finds herself inspired by children’s capacity to embrace diversity, and to forgive. Sue was very active in the leadership of her teachers’ union, and takes pride in being labeled a “union ninja.” She has completed a collection of essays about teaching, and is searching for a publisher. Interested parties may contact her directly.

Melissa Chin of San Francisco, CA for “The Vegetable Garden”

Marsha Porter of Sacramento, CA for “Shortcut to Disaster”

Maxine Rose Schur of San Rafael, CA for “”How I Came to Fear French Doors”

Porter Huddleston of Fort Collins, CO for “Probably My Butt”